With the proliferation of Portable Electronic Devices (PEDs) carried by passengers, a number of PED fire incidents have occurred on aircraft, primarily due to damage or poor-quality lithium batteries.  Working in partnership with Viking Packing of Tulsa, Oklahoma, we have produced, “AvSax®” which significantly reduces the risk of PED incidents and is the only available device of its type currently available which is in complete alignment with guidance provided by the International Civil Aviation Organization (ICAO), the International Air Transport Association (IATA) and the Federal Aviation Administration (FAA).  With over 50 customers, AvSax® has been successfully deployed over 25 times, in many cases avoiding the need for costly diversions or inflight returns. 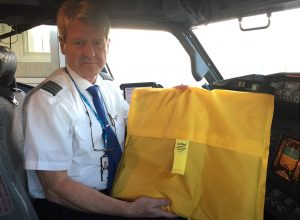 “AvSax®” was originally designed for military purposes as a lightweight alternative to a sand bag (it weighs 1.6 kg); when wetted it can stop a 5.56mm standard NATO round (we know, we’ve tried!).  It was realised that it would also be suitable to mitigate the effects of a lithium battery fire/thermal runaway in the confines of an aircraft.  AvSax®, works by adding 2 litres of cold liquid (e.g. water or soft drinks) which activates a polymer which suppresses any blast/fire effect and cools a portable electronic fire at the same time. This offers a superior solution to other, “dry”, bags as the aim of any device should be to not only contain the effects of thermal runaway, but to prevent lithium cells and batteries from going into thermal runaway in the first place.  The most effective way of doing this is to cool the device and/or batteries.  The wetted Avsax® achieves this without using quantities of free-flowing liquid; confining devices in a non-wetted pouch is counter to ICAO and FAA guidance and increases the likelihood of thermal runaway.  As will be seen in the following FAA material, “Keeping an unstable device cool is critical. In order to do so, any such containment device should be capable of holding liquid….”

If the batteries do go into thermal runaway, our independent tests have proven that Avsax® will contain the effects.  Additionally, the outer material meets EASA CS25 flammability requirements.

AvSax® supplements (rather than replaces) the existing ICAO/IATA guidance of using BCF then using water.  But the chances of water tipped onto many PEDs (e.g. laptops or tablets) actually reaching the battery compartment are minimal. Furthermore, the battery compartment will be insulated by the surface the PED is sat on, reducing still further the possibility of cooling.   Placing into a hydrated AvSax® accelerates the cooling process as both top and bottom of the device are instantly in contact with the cool liquid absorbed into the polymer. 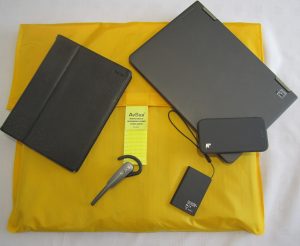 There are a number of pieces of equipment on the flight deck that are powered by lithium batteries, for example, electronic flight bags (EFBs) and emergency torches. In addition, the crew may have their own personal electronic devices. In the event of one of these items failing and causing a fire, current guidance is that the same procedure as is used in the cabin (i.e. dousing with copious amounts of water) should be used.  If the fire is not cooled with water (or other non-flammable liquid), there is a danger the fire will continue to propagate.  However, this is not without problems:

There are other benefits:

For more information go to AvSax.com 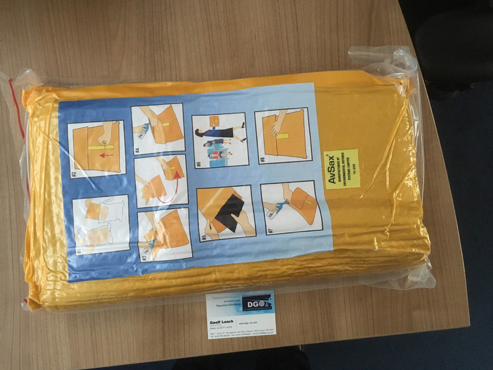 IATA has published a list of significant changes that will come into effect on 1 January 2021 with... more»

Qatar CAA have recently developed a programme aimed at raising the awareness of freight forwarders... more»